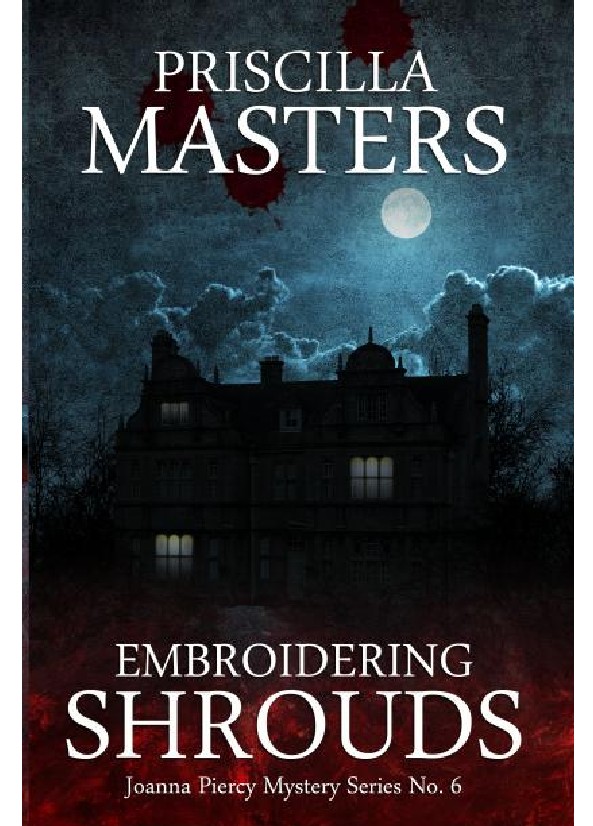 Joanna bent down to peer at the work, neatly done, evenly stitched in bright silk, and now spattered with blood. She read out the title: ‘Massacre of the Innocent’.

Joanna bent down to peer at the work, neatly done, evenly stitched in bright silk, and now spattered with blood. She read out the title: ‘Massacre of the Innocent’.

A spate of robberies targeting old women is disturbing enough, especially in a town as peaceful as Leek. But then DI Joanna Piercy is called to the eerily-named Spite Hall, where the elderly Nan Lawrence has been found bludgeoned to death over the tapestry she was embroidering. Have the robbers turned from simple theft to murder? Joanna is surprised to find that Nan’s near neighbours are her estranged brother and his grandson, neither of whom seems keen to co-operate. Slowly Joanna unravels a mystery – the tangled threads of which are rooted years in the past.
‘A crime writer with a sure touch and the ability to shock.’ – Peter Lovesey.

Priscilla Masters was born in 1952 in Halifax, Yorkshire and adopted at six weeks old by an orthopaedic surgeon and his Classics graduate wife – number three of seven multi-racial adopted children!  She moved to Birmingham at the age of 16, and qualified as a registered nurse at the Queen Elizabeth Hospital in 1973.

A lifelong fan of crime novels, she began writing in the mid 1980s in response to a challenge made by an aunt asking her what she intended doing with the rest of her life. She borrowed a typewriter the next day. In 1994 the first of her DI Joanna Piercy novels, Winding up the Serpent, was published by Pan Macmillan. She has now written 11 Joanna Piercy novels in total and is currently working on the twelfth. She has also written five novels set in Shropshire featuring Shrewsbury Coroner Martha Gunn, and a number of medical stand-alones dealing with such issues as the blurred line between sanity and insanity, the arrogance of a surgeon and the difficulties face by a female GP.

She is married to a doctor, now retired and running a successful antiques business in Leek, Staffordshire, which is where her Joanna Piercy novels are set. They have two sons and two grandsons.

A Wreath for My Sister (Joanna Piercy # 3)

Winding Up the Serpent (Joanna Piercy # 1)

Unboxing video of the first, early copies to arrive of THE WHO ADVENTURES, HANK JANSON UNDER COVER and THE ART OF LOUIS SHABNER, all of which arrived today!Books are expected around December 2021 ... so get your pre-orders in now, at pre-order prices, from www.telos.co.uk!Also available in the USA from Bud's Art Books - www.budsartbooks.com/product-category/coming-soon/coming-soon_artists-illustration/ ... See MoreSee Less