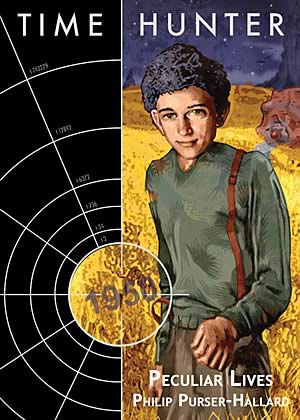 Time Hunter: Part mystery, part detective story, part dark fantasy, part science fiction … This series of imaginative high-quality books – a spin-off from The Cabinet of Light by Daniel O’Mahony, one of Telos Publishing’s acclaimed range of (now out of print) Doctor Who Novellas – is guaranteed to enthral fans of good fiction everywhere.

Also available as a numbered limited edition deluxe hardback, signed by the author, and as a Fantom Films audiobook.

Category: Out of Print: Time Hunter

‘From the pen of Mr Erik Clevedon, Peculiar Lives is another “scientific romance” along the lines of The Coming Times and The Star Beasts. Exotic colour is added by the character of an American Negro detective, Honoré Lechasseur, and his delightful English companion Miss Blandish.’

Once a celebrated author of ‘scientific romances’, Erik Clevedon is an old man now. But his fiction conceals a dangerous truth, as Honoré Lechasseur and Emily Blandish discover after a chance encounter with a strangely gifted young pickpocket. Born between the Wars, the superhuman children known as ‘the Peculiar’ are reaching adulthood – and they believe that humanity is making a poor job of looking after the world they plan to inherit…

Also available as a numbered limited edition deluxe hardback, signed by the author: 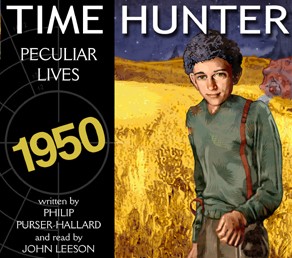 Phil has contributed short fiction to collections including The Book of the War and Iris Wildtyme and the Celestial Omnibus, as well as to Big Finish’s Doctor Who, Bernice Summerfield and Iris Wildtyme series. He has written for the Guardian newspaper, for magazines and webzines, and for comedy shows in Oxford and on the Edinburgh Fringe. He has also spoken at the Greenbelt Arts Festival on various aspects of science fiction and religion.

Born Philip Alexander Hallard in 1971, Phil has spent most of the intervening time accumulating qualifications (and an extra surname), culminating in 2002 with a doctorate in English Literature from Oxford University. His thesis, on The Relationship between Creator and Creature in Science Fiction, has provided him with much of the material for his own SF. In the intervening time, he has worked as a secretary, tutor, church caretaker, software consultant, college librarian and researcher for the Revised Oxford English Dictionary. He now works part-time as a civil servant.

Phil lives with his wife, cats and baby son in Bristol in South-West England. His writing projects at present include short and long fiction and various non-fiction projects. If anybody wants to pay him to write stuff, he’d love to hear from them.

Phil’s website, incorporating some exclusive material relating to Peculiar Lives, can be found at www.infinitarian.com.